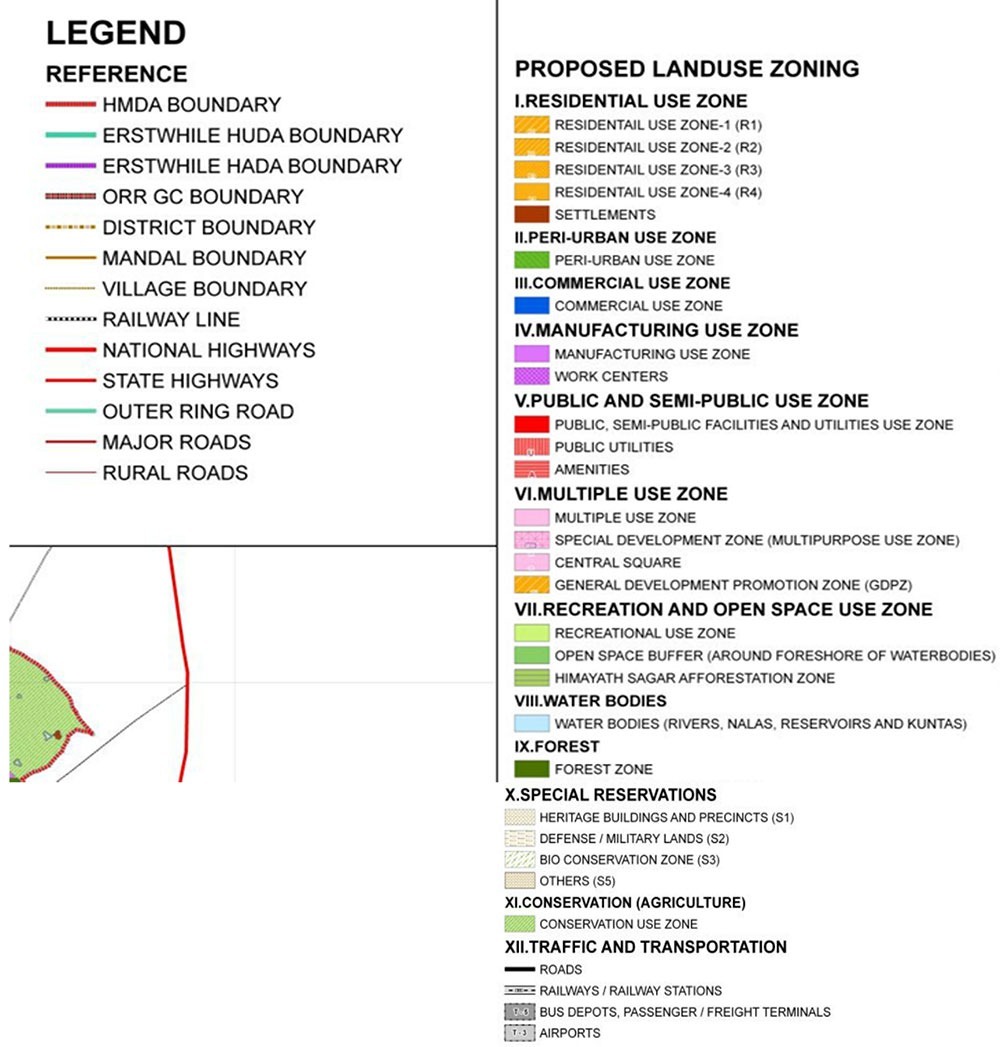 The Real Estate Industry in the city of Hyderabad is at its peak considering the number of settlements in every developing area. Furthermore, Hyderabad is an IT hub, so many people from around the country and abroad are settling in the city to build a successful career.

Considering this, the Telangana Government, through HMDA has executed the HMDA Master Plan that contains information on the different HMDA zones, classified based on their compatible activities. HMDA Land use Zoning is a method of urban planning in which government divides land into jurisdictions called zones. Zoning classifications can include residential, commercial, agricultural, industrial, or hotel/hospitality, among other more specific uses.

The Metropolitan Development Plan 2031 accounts for 184 lakhs of people, 65 lakhs of workers, and the current development trends, Inner Ring Road, Outer Ring Road, and radial roads. In order to encourage balanced development in Hyderabad Metropolitan Region, the plan proposed a radial-concentric structure of urban development. A hierarchy of circulation networks is designed as part of the Peri-Urban Zone to meet the people’s current and future travel needs.

Landuse zones are divided into 12 in HMDA’s Master Plan

Zones designated as Commercial Use Zones and Commercial Strips in the proposed Land Use Plan. It will be beneficial for commercial settlements in the future ahead.

These zones are designated by the proposed plan for use as manufacturing zones only. No other reason will be registered or considered other than manufacturing purposes.

Areas designated as Public or Semi-Public Facilities and Utilities Zones in the proposed Land Use Plan and sites specifically designated for such public or semi-public use.

This area has been designated as a Multiple Use Zone in the proposed Land Use Plan and areas where Transit-Oriented Development is allowed.

Recreational Use Zone: Areas designated as open space recreation in the proposed land use plan and sites designated as parks, playgrounds, and exhibition grounds.

Water Body Zones generally include rivers, streams, lakes, and tanks.   In the case of perennial water bodies, the boundary has been established by the Full Tank Level / High Flood Level as indicated on relevant maps, covering both perennial and non-perennial parts.

Conservation (Agriculture) Use Zones are designated in areas beyond the Peri-Urban Zone, which covers most of the remaining area of the Hyderabad Metropolitan Region.

This zone contains all of the major roads within the Metropolitan Development Plan, and the site is specifically designated for related facilities. Such as railways, airports, bus depots, truck terminals and parking lots, logistics hubs, and other uses.

Next Post: Future of Real Estate sector in Hyderabad